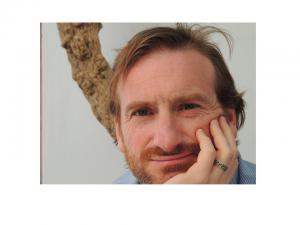 One field of my research concerns the rural political economy of the Mexico-US borderlands. I study the ways in which water, land and labor have been organized to produce commodities in areas marked by aridity, especially northern Mexico and the southwestern United States. This work took the form of a socioeconomic and cultural history of irrigated cotton agriculture in the borderlands, and in particular, northeastern Mexico. The book that resulted, Building the Borderlands (Texas A&M 2008) tells this story of cotton, water, colonization and migration. I am now engaged in a research project about the production of high-value agricultural commodities (grapes and berries) in Mexico and California, the impact this industry is having on groundwater in both countries, and efforts to create a sustainable management of the resource through government regulation as well as alternate systems of agricultural production.

A second line of research involves the social and cultural dimensions of bathing and hot springs in Mexico.  Using a political ecology approach, I trace the evolving infrastructures for, interactions with, and ideas about these waters, from European contact to the present, in order to shed new light on human-environment relations in the modern world.  Hot and mineral springs are almost completely neglected by scholars, especially outside of Europe, but they offer a privileged window onto some of our most widespread, quotidian and intimate interactions with water.  Bathing, and drinking, for example, are far more widespread activities than those that dominate the literature, such as irrigation or infrastructure management, but they too receive little attention. I am currently writing a book (Mexican Water Cultures, under contract with UC Press) that analyzes a range of issues concerning complex "water cultures" that have formed around Mexican hot springs over time, and suggests that this understanding might also help us to comprehend and confront the water crisis that is coming to a head in the twenty first century.